2020 Was a Good Year for Mobile Apps: The Full Story 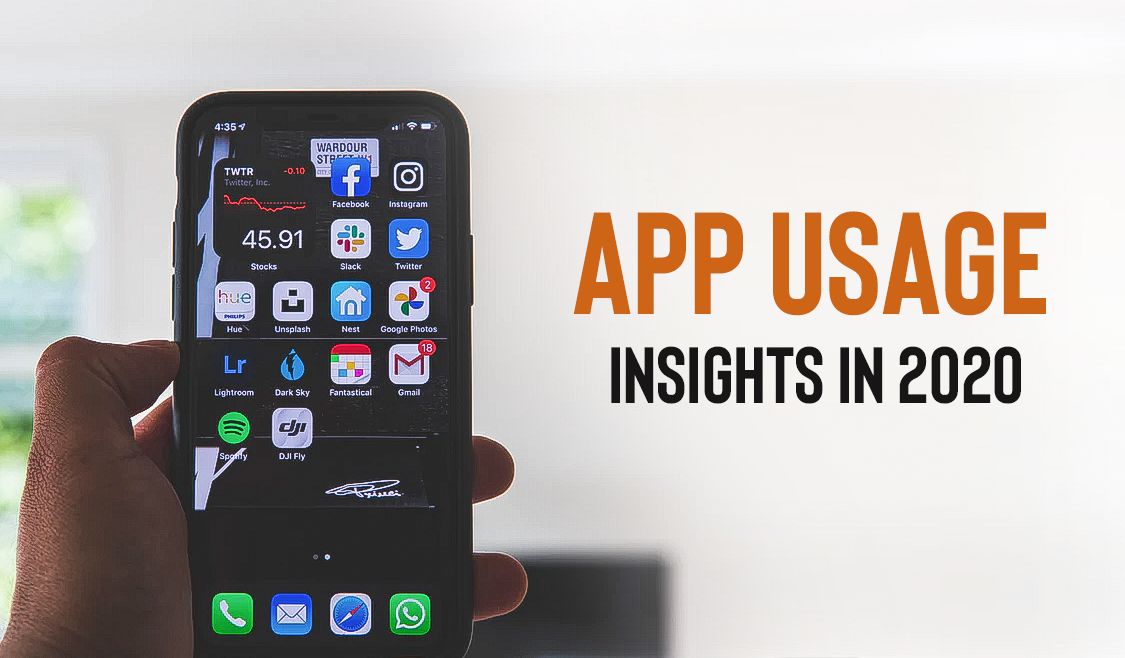 Smart phones have become our constant companion, more so in 2020. If you can tear your eyes for just a second away from your phone, chances are that you will find others totally immersed in their small screens as well.

88% of us spend most of our time on apps. This is an encouraging insight for start-ups working on a new app or those businesses that have already launched their app.

App usage patterns in 2020 has been influenced by the pandemic and lockdown.

Apps in 2020 fell into 3 defining categories

1. Pandemic-boosted Apps: Web conferencing apps like Zoom saw a dramatic increase from 10 million daily meetings in 2019 to 300M meetings a day during the pandemic
2. Pandemic-sustained: Ecommerce (40-68% growth), SaaS (low to moderate)and eLearning (rise in prominence) profited from a change in usage behaviour
3. Future- rebound: Hospitality and travel apps fall into this group. It will take well into 2021 before they see fortunes improve.

Small screen battles heated up in 2020 as more consumers moved to their mobile devices for entertainment. Netflix leads the charge along with other established players like Disney+ and Prime Video. The year also saw challenges from bespoke services such as Quibi and network backed streaming platforms such as Peacock and HBO Max.

June, July and August were the months when restrictions were lifted a bit and the shelter-in-place rules were no longer as rigid as the peak of Q1.

Q2 download data shows that it was still the story of two very different apps – Zoom and Tik Tok.

‘To Zoom’ became a verb as common as ‘googled’ was prior to the pandemic. Zoom was the big connector not only for business meeting. Friends and family spread anywhere within 10 miles to 10,000 were meeting on Zoom scheduled meet-ups. We will have to see if this usage and downloads is sustained as the vaccine normalises life again.

TikTok has become the cultural sensation among apps. With people isolated at home, the need to be entertained as well as connect with others saw a phenomenal increase in its downloads. In June 2020, TikTok was downloaded 87 million times (7.5 million from US). The loss of 500 million users from India due to the ban has been their only downside.

The biggest surprise entry into the global top 10 app downloads is India’s Aarogya Sethu app –  the app promoted by the government to manage corona virus contact tracing as well as help users to access health services. It took the 7th spot with 125 million downloads in Q2 2020. 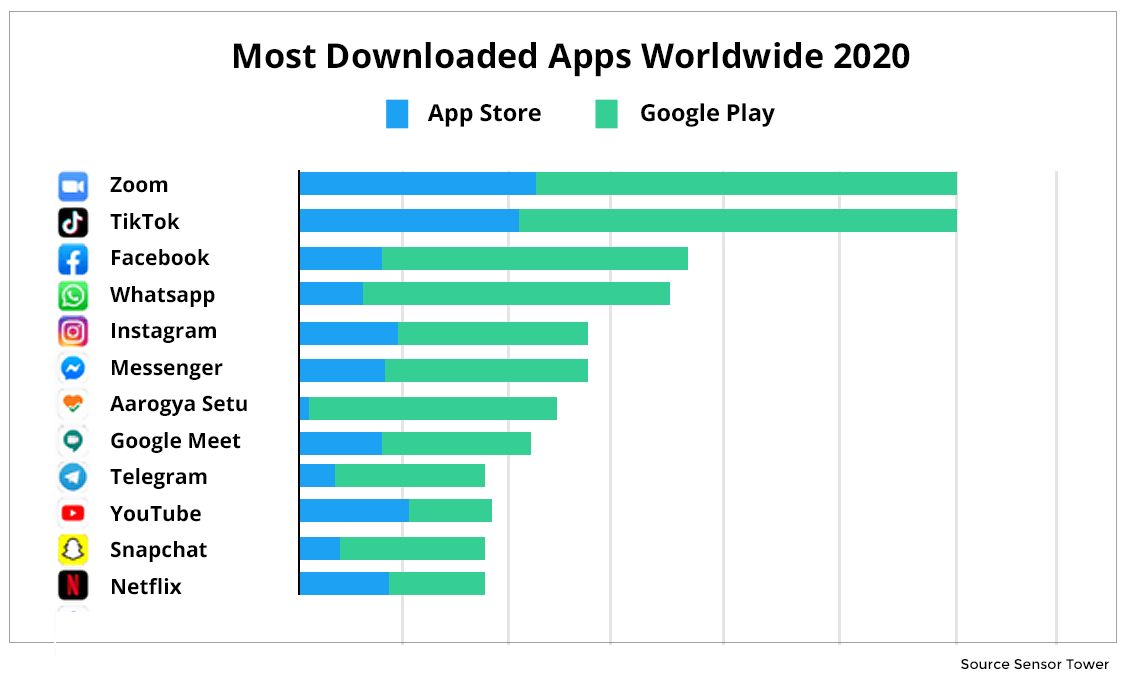 The social restrictions due to Covid-19, made our mobile devices our closest companion. Time spent in mobile apps grew across the globe (global average of 4 hrs and 19 mins) in Q2 of 2020.  A record high was in April with a record high of 200 billion hours. No wonder, with the whole world almost in complete lockdown. 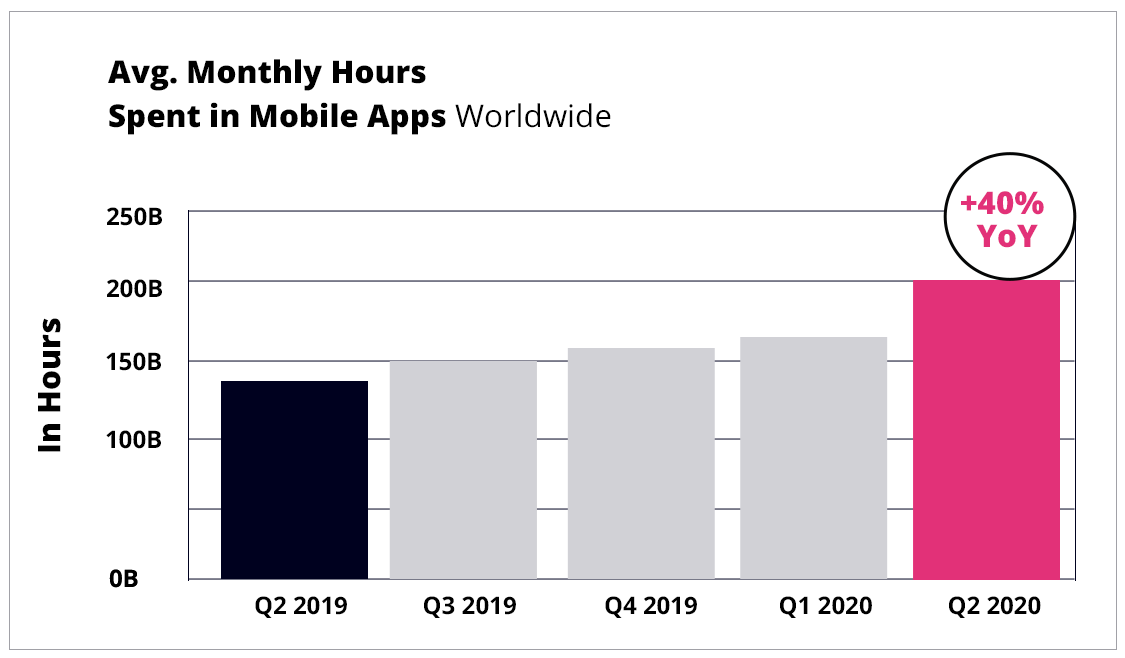 We spent more and Apps reaped the benefit

The more time we spent on apps and the more apps we downloaded meant that businesses earned more through their apps from in-app purchases and subscriptions. This was an increase of 31% on Apple’s App Store ($19 billion in Q3). 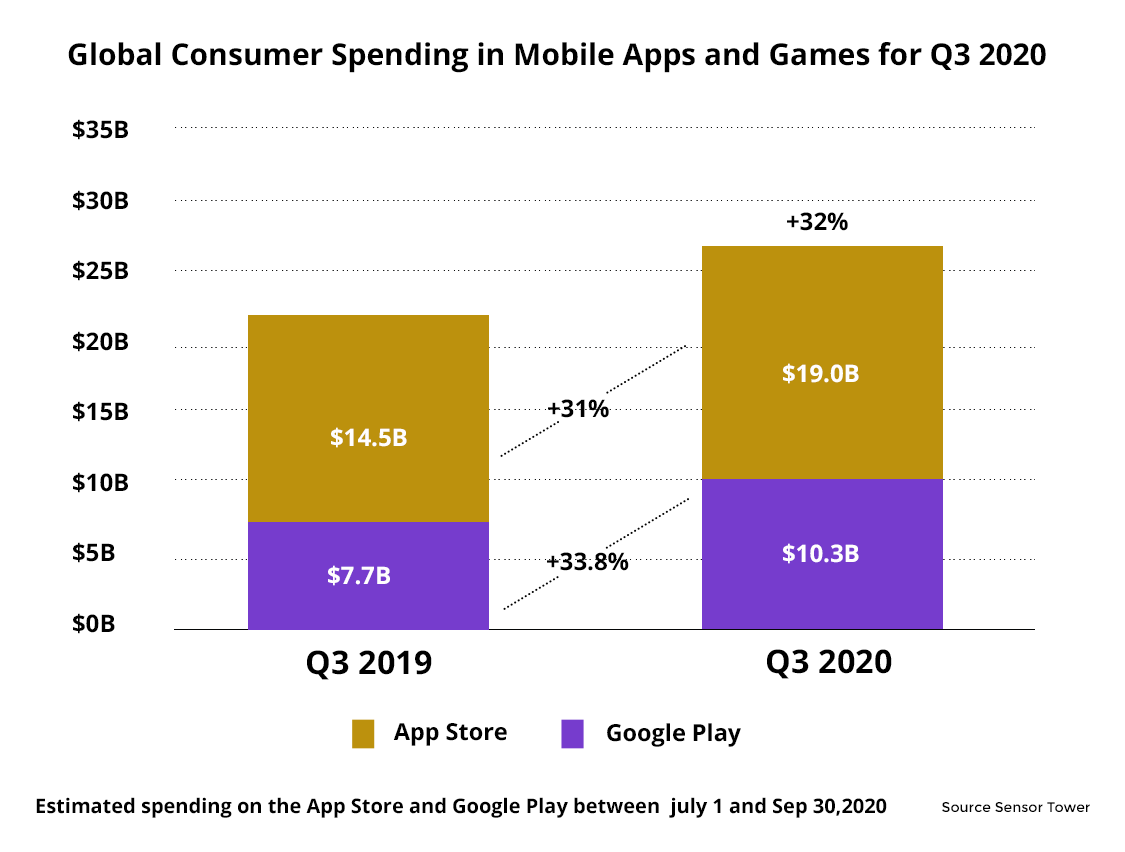 The top non-gaming app with the highest gross revenue for the third quarter of 2020 is TikTok, in spite of its ban in India and the dicey situation it faces in the US. It broke all records with an 800% growth in consumer spending year on year.

Pandemic and its effect on education apps

Google Classrooms 50 million downloads highlighted  the need for solutions aimed at continuity of education in troubled times. After YouTube Kids, Duolingo was the third most downloaded app as many used this opportunity to improve their language skills.